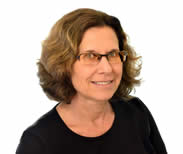 Board Chair, Numenta; Fellow, Yale Corporation
Donna Dubinsky is cofounder and board chair of Numenta, Inc., a software company creating a cloud computing prediction service based on a new approach to machine intelligence. After graduating from Yale and earning an M.B.A. from Harvard Business School, she worked at Apple Computer and then as a founder of Claris Corporation. In 1992, she joined Jeff Hawkins at Palm Computing, serving as president and chief executive officer. The handheld computer, the PalmPilot, introduced four years later, became the fastest-selling computer and consumer electronics product in history at the time. In 1998, Ms. Dubinsky and Mr. Hawkins founded Handspring, Inc., creator of the Treo Smartphone, which set the standard for next-generation phones. Handspring merged in 2003 with Palm, for which Ms. Dubinsky served as a director until early 2009. She and Mr. Hawkins founded Numenta in 2005. Ms. Dubinsky is a trustee of the Computer History Museum and the Peninsula Open Space Trust. At Yale, she served as a member of the University Council. Ms. Dubinsky was named Successor Trustee in 2006.