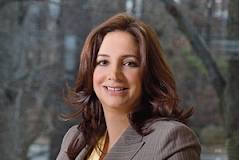 Formerly as President Global Brands for Alberto Culver, Ms. Boswell oversaw all global brands, such as TRESemmé, NeXXus and St. Ives for this $3.7 billion market cap company, until acquired by Unilever. Prior to Alberto Culver, she was Chief Operating Officer of Avon North America, and held senior positions at Ford Motor Company and the Estee Lauder Companies, following years as a consultant with Marakon Associates and Arthur Andersen.

Ms. Boswell currently serves on the boards of Manpower Inc. (NYSE: MAN), YMCA USA, Cosmetic Executive Women (CEW) and the Personal Care Products Council, where she also serves on the Executive Committee. Ms. Boswell was named a Henry Crown Fellow of the Aspen Institute in 2005. She is a member of the Chicago Network, the Executives’ Club of Chicago, the CMO Executive Summit’s Board of Governors and the Yale University President’s Council.

In 2012, Gina was recognized as a “Woman to Watch” by Advertising Age and “Marketer of the Year” by Women’s Wear Daily. Ms. Boswell was CEW’s Achiever of the Year in 2011, earning the only industry award recognizing the achievements of women in the cosmetics industry. In 2012, she was named a “Woman to Watch” by Advertising Age, an annual list of 25 women in advertising, marketing and media whose accomplishments and future business potential have made them truly outstanding in their industries. She is a summa cum laude graduate of Boston University and received her MBA from Yale University. Ms Boswell and her husband live with their two daughters in Chicago’s Western Suburbs.