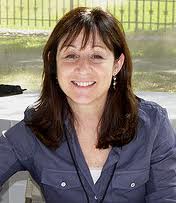 Jane Mayer joined The New Yorker as a staff writer in March 1995. Based in Washington, D.C., she writes about politics, culture and national security for the magazine. Recent subjects include a piece about the political influence of Charles and David Koch and coverage of the role of money in the 2012 presidential campaign.

Before joining The New Yorker, Mayer was for twelve years a reporter at the Wall Street Journal. In 1984, she became the Journal’s first female White House correspondent. She was also a war correspondent and a foreign correspondent for the paper. Among other stories, she covered the bombing of the U.S. Marine barracks in Beirut, the Persian Gulf War, the fall of the Berlin Wall and the final days of Communism in the Soviet Union.

Mayer was the 2008 winner of the John Chancellor Award for Journalistic Excellence, as well as a Guggenheim Foundation Grant in 2008, and winner in 2009 of the Goldsmith Book Prize from Harvard, the 2009 Edward Weintal Prize from Georgetown University, the 2009 Ridenhour Prize, the New York Public Library’s 2009 Helen Bernstein Book Award for Excellence in Journalism, the 2009 J. Anthony Lukas Prize from Columbia, the 2009 Sidney Hillman Award, the 2009 Ambassador Award from the English-Speaking Union, and the 2009 Robert F. Kennedy Book Prize. She was also a 2009 finalist for the National Book Award and for the National Book Critics Circle Award. She has been a finalist three times for the National Magazine award and was nominated twice by the Journal for a Pulitzer Prize. In 2011, she was the winner of the James Aronson Award for social justice journalism, and in 2012, she was awarded the Toner Prize for political reporting.

Before joining the Journal in 1982, Mayer worked as a metropolitan reporter for the WashingtonStar. She began her career in journalism as a stringer for Time magazine while still a student in college.

Mayer is the author of the best-selling 2008 book, “The Dark Side: The Inside Story of How the War in Terror Turned into a War on American Ideals,” which was chosen as one of the ten best books of the year by The New York Times, the Economist Magazine, Salon, Slate and Bloomberg. In 2010 the NYU Journalism School named it one of the ten most important works of journalism of the decade. She was also the co-author of two additional best-selling books. “Strange Justice,” written with Jill Abramson, published in 1994, was a finalist for the 1994 National Book Award for nonfiction. Her first book, “Landslide: The Unmaking of the president 1984-1988,” co-authored by Doyle McManus, was an acclaimed account of the Iran-Contra affair in the Reagan Administration.

In 2009, Mayer was chosen as Princeton University’s Ferris Professor of the Humanities, teaching an undergraduate seminar on political reporting. She has been a speaker at Princeton, Yale, Harvard, Columbia, Mount Holyoke, Northwestern, Boston College and Grinnell, among other schools.

Mayer, who was born in New York, graduated with honors from Yale in 1977 and continued her studies in history at Oxford. She lives in Washington with her husband, Bill Hamilton, and daughter, Kate.