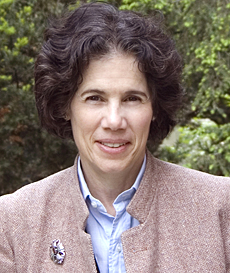 Professor Resnik’s books include Representing Justice: Invention, Controversy, and Rights in City-States and Democratic Courtrooms (with Dennis Curtis, Yale University Press, 2011); Federal Courts Stories (co-edited with Vicki C. Jackson, Foundation Press 2010); and Migrations and Mobilities: Citizenship, Borders, and Gender (co-edited with Seyla Benhabib, NYU, 2009). Recent articles include Globalization(s), Privatization(s), Constitutionalization, and Statization: Icons and Experiences of Sovereignty in the 21st century (International Journal of Constitutional Law, forthcoming); Comparative (In) Equalities: CEDAW, the Jurisdiction of Gender, and the Heterogeneity of Transnational Law Production (International Journal of Constitutional Law, 2012);Fairness in Numbers (Harvard Law Review, 2011); Detention, The War on Terror, and the Federal Courts (Columbia Law Journal, 2010); and Interdependent Federal Judiciaries: Puzzling about Why and How to Value the Independence of Which Judges (Daedalus, 2008).

Professor Resnik has chaired the Sections on Procedure, on Federal Courts and on Women in Legal Education of the American Association of Law Schools. She is a Managerial Trustee of the International Association of Women Judges and the founding director of Yale’s Arthur Liman Public Interest Program, which supports fellowships for Yale Law School graduates; summer fellowships at Yale, Princeton, Spelman, Brown, Harvard and Barnard; and colloquia on the civil and criminal justice systems. She served as a co-chair of Yale’s Women’s Faculty Forum. She is currently the chair of Yale’s Global Constitutional Seminar, a part of the Gruber Program on Global Justice and Women’s Rights. Professor Resnik is also an occasional litigator and argued Mohawk Industries, Inc. v. Carpenter, decided in 2009 by the United States Supreme Court. Professor Resnik has testified before Congress, before rulemaking committees of the federal judiciary, and before the House of Commons of Canada.

In 1998, Professor Resnik was the recipient of the Margaret Brent Women Lawyers of Achievement Award from the Commission on Women of the American Bar Association. In 2001, she was elected a fellow of the American Academy of Arts and Sciences, and in 2002, a member of the American Philosophical Society, where she delivered the Henry LaBarre Jayne Lecture in 2005. In 2008, Professor Resnik received the Outstanding Scholar of the Year Award from the Fellows of the American Bar Foundation. In 2010, she was named a recipient of the Elizabeth Hurlock Beckman Prize, awarded to outstanding faculty in higher education in the fields of psychology or law. That year, Professor Resnik also had a cameo role in the Doug Liman film, Fair Game. In 2012, her book, Representing Justice (with Dennis Curtis) was selected by the American Publishers Association as the recipient of two PROSE awards for excellence, in social sciences and in law/legal studies, and was selected by the American Society of Legal Writers for the 2012 SCRIBES award.