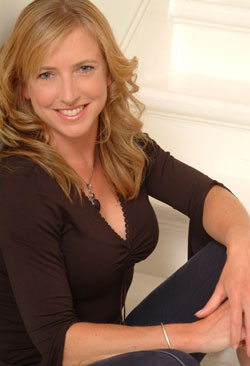 World Fellow, United Kingdom; Ocean Rower and Environmental Campaigner; National Geographic Adventurer of the Year 2010.
Roz Savage is an ocean rower, environmental campaigner, author and speaker. She holds four world records for ocean rowing, including first woman to row solo across the Atlantic, Pacific and Indian Oceans. She has rowed over 15,000 miles, taken around 5 million oarstrokes, and spent cumulatively over 500 days of her life at sea in a 23-foot rowboat. Her first book, “Rowing The Atlantic: Lessons Learned on the Open Ocean”, was published in 2009.

She is a United Nations Climate Hero, a Fellow of the Royal Geographical Society, a Fellow of the Explorers Club of New York, and has been listed amongst the Top Twenty Great British Adventurers by the Daily Telegraph. In 2010 she was named Adventurer of the Year by National Geographic. In 2102 she was selected to be a Yale World Fellow.