IT’S TIME FOR THE ERA

Susan Rose is a former Santa Barbara County Supervisor and served as Executive Director of the Los Angeles City Commission on the Status of Women. She was a founding member of the Santa Barbara Women’s Political Committee, an organization dedicated to helping women achieve elected and appointive office. 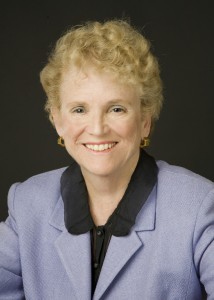 Susan Rose is also one of the wonderful women in Santa Barbara who have been early supporters of the ERA Education Project. Below is a portion of Susan’s recent article about the ERA:

We need the Equal Rights Amendment.

“Equality of rights under the law shall not be denied or abridged by the United States or by any state on account of sex.”

I first read those words 40 years ago and believed the message was so simple that it would be added to the constitution in a few months. How naïve I was.

The Equal Rights Amendment was written by Alice Paul in 1921 and was first introduced in Congress in 1923 by two Republican congressmen, Sen. Charles Curtis and Rep. Daniel Anthony Jr., Susan B. Anthony’s nephew. It took 49 years but it finally passed both houses in 1972. Ten years later, in 1982, the amendment was three states short of the 38 states needed for ratification.

Does it really matter if we have an ERA? Unquestionably.
For women, full citizenship has not yet been achieved.
Since we attained the right to vote in 1920, issues affecting women have polarized the nation.

Decade after decade we are faced with a see-saw battle over most of the issues that define or affect women’s lives: health care, reproductive freedom, contraception, rape, domestic violence, equal pay, paid family leave, childcare, gender balance in office, gay marriage and lesbian rights. The fight for women’s equality is ongoing.
http://articles.latimes.com/print/2012/mar/24/nation/la-na-gop-race-sixties-20120325

In September 2010, Supreme Court Justice Antonin Scalia stated “the Constitution does not protect against sex discrimination.” For 40 years, case law has implied that the 14th Amendment prohibits discrimination based on sex, but it has not translated to the daily lives of women. With Scalia sitting on the Supreme Court, it is more imperative than ever that women obtain a constitutional guarantee of equal treatment; one written proactively to affirm women’s rights.
http://www.aclu.org/blog/womens-rights/constitution-protects-women-despite-justice-scalias-views

Across the nation, attacks on women’s rights continue. We are social and political targets in Congress and in state legislatures. It seems to reach new heights during presidential campaigns.

Rush Limbaugh denigrates a young female law student testifying before Congress on the need for access to contraception;
the Komen Foundation denies funding to Planned Parenthood, an organization that offers free breast cancer screening to women, but it backfires;
Republicans oppose the reauthorization of the federal Violence Against Women Act unless there are local matching funds;
Georgia passes a bill that criminalizes abortion after 20 weeks gestation with no exception for rape or incest, joining six other states with similar restrictions;
the Supreme Court stands poised to invalidate the Affordable Care Act which provides women with preventive health care, well-visits, contraception, and counseling for domestic violence with no co-payments.

American women remain far behind the rest of the world when it comes to equality. The U.S. Senate has refused to approve the treaty known as CEDAW (Convention on the Elimination on all Forms of Discrimination Against Women.) Adopted in 1979 by the United Nations, CEDAW is the only international instrument that comprehensively addresses women’s rights, politically, culturally, economically and socially.

Throughout the world, this treaty is used to empower women and enforce their rights. The United States is one of four countries that have not passed the treaty. They include Iran, Somalia and Sudan; each known for their violations of international human rights principles.
http://globalsolutions.org/human-rights/cedaw

Forty years ago, passage of the ERA failed for reasons both cultural and political. The ERA contest transformed “the ratification from the politics of sex into the politics of gender” differences. To the opponents of the ERA, equality for women would mean the loss of “womanhood.” Those cultural and political wars continue today. The Republican candidates for president have focused on women’s health and made contraception and eliminating Planned Parenthood part of the current political debate.
http://www.amazon.com/Sex-Gender-Politics-ERA-Nation/dp/0195038584

Is the political climate any better now for the ERA? Filmmaker Kamala Lopez has created a video PSA to educate voters and especially young people who are unaware of the need for an ERA. Lopez’s video reveals that three-quarters of Americans believe women have a constitutional guarantee of equality despite the fact they do not.
https://eraeducationproject.com/

On June 22, 2011, ERA ratification bills were submitted to Congress by lead sponsors Rep. Carolyn Maloney and Sen. Robert Menendez. Previously in March, 2011, Representative Tammy Baldwin submitted a resolution that would remove the ERA deadline and make it part of the Constitution when three more states ratify it. These proposals remain bottled up in committees.

Women continue to be second-class citizens. Since we represent only 17 percent of the members of Congress, our voices are rarely heard.
With the U.S. Senate’s refusal to approve the CEDAW treaty, American women and men must pass a national ERA to ensure equality for all women. It will send a signal that women have a written guarantee to equal treatment in the law, once and for all.

But how do we get there? For years women have been put on the defensive. Fighting both rhetoric and action, we are diverted trying to simply hold our ground. What we need is an American Spring like our sisters in the Arab world. Let’s go to the squares, town halls and legislatures of our communities and end these rants and attacks that have continued since women won the right to vote.

We must organize to pass the ERA. Use the internet, Facebook and Twitter like activists did in Tunisia, Egypt and Libya. Let’s make the ERA an issue for the 2012 presidential election.

I call on all women to join forces, collaborate, and work for the advancement of our mothers, sisters and daughters. Women differ on many issues but we share the belief of equality, the basic tenet of our democracy.

3 Responses to IT’S TIME FOR THE ERA