Call off the Catfight! – By Rachel Mellicker 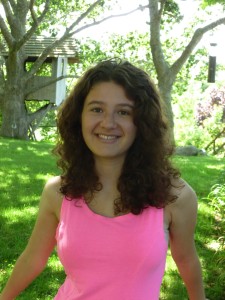 Recently, I went to see a Broadway show. Flipping through the Playbill, I saw an article that upset me, provoking me to think and question the term “catfight.” The article by Harry Haun, was about a woman in a starring role in a Broadway production. Mr. Haun spoke about female actors who had been competing for her role, and described the competition as a “catfight”.

The definition varies a little according to the source, because some sources do not limit the word to a specific gender. The Merriam Webster website, however, says:

While this definition says nothing about having to be a physical fight, often the word wants to invoke thoughts of physicality. Catfights in popular culture tend to show women being very sexual and so sometimes catfights are thought of as “sexy” because of what the media has shown us. Our idea of a catfight is women screaming insults at each other and attacking one another physically. Even though in pop culture a “catfight” is usually between “sexy” women, in real life women can look any way and people will still say they are having a catfight.

According to Merriam Webster there must be millions of “catfights” everyday because people are always upset with each other. But the real problem is that catfight is a derogatory term. Our society tells us that it is a good and natural thing when men compete, but when women do it we have to sexualize it, laugh at it, and use it for the pleasure and amusement of others.

Why does our society think it is ok to characterize women in this way?

Women need to be able to compete and have disagreements without it being distorted into something negative and without the word catfight being used.

In fact, maybe men are uncomfortable that they can still learn from women that people can have a sense of community with those we don’t agree.

Can we try to conscientiously curtail our use of the word “catfight” to when there is actually a fight…………. among cats? Perhaps there was a time when the metaphor was clever and fresh but now it is old, lazy, sexist, and often just seeking a cheap laugh.

While the media and citizens are celebrating the lightning speed of the accomplishments of the LGBT Movement the ERA Campaign has a lot to gain by noting some key elements which contributed to this historically high-speed success. Since I have walked both these lanes of the social justice movement for 40 years and in the last 10 come to the reckoning that all roads of oppression intersect, I have a few experienced insights I want to share.

As I have heard and repeated so many times, social movements take over 150 years, the LGBT Movement broke through that barrier. They really put their heads down and conquered the internet allowing them to create a true sense of urgency. It has cut broadcast time, organizing effort and fundraising immeasurably. However in the ERA campaign, many of our strongest supporters do not use facebook, youtube or Twitter. Even more of an obstacle is that many pro-ERA people do not regularly use email which leaves them not only out of the information stream entirely but, even worse, thinking there is no ERA interest whatsoever. This is a serious problem which carries a residual toxin of intergenerational division. In the future this will not be a problem, as in 10 years everyone will be using electronic communication but there is a lot of untapped strength and artificial unraveling right now hidden in the midst of this cultural shift.

Second, LGBT mobilized internally on all cylinders; from liberal bureaucrats to street radicals – every level pushed the status quo with focus on particular issues. Within the movement there was internal criticism about civil disobedience, arrest actions, marches, conferences all the way to loud disapproval of those orgs that wanted to slow down and build patient alliances with the White House. All that rabble rousing collectively created energy.

Third, the LGBT movement began paying attention and soliciting all avenues of support; corporations, members of Congress and the White House itself. Relentless, sometimes illegal and sometimes elegant pressure, from Alonzo Mourning’s house to black tie dinners, the President was pressed with no end in sight. It is well documented that his “evolution” was partially motivated by it.

Fourth, they recollected their history which brought the movement heroes, gravitas, weight, pride. It has had a tremendous effect. Young people take pride in the Queens of Stonewall and the Daughters of Bilitis all the way to Lady Gaga and Lt Dan Choi. Inspiring historic characters have been celebrated and movies made. Layer upon layer, like the Names Quilt itself, have contributed to radical change-making. History, from Stonewall to the White House Fence to hundreds of renown people coming out or announcing their advocacy, built an alliance and lineage.

Fifth is the current day tragedies. Terrible suicides and murders set hearts on fire but I would argue that every day that women are not in the US Constitution women and children die from inadequate wages, healthcare, loss of the comprehensive VAWA, too many things to list. What is different is that LGBT brought issues into focus, connected dots and, though there was never agreement on how, there was always agreement on the goal.

The ERA Campaign has so many things to our advantage; the ERA is already on the Democrat Party Platform, two strategies in play with bills in Congress (69, 21, 47, 39), stated support by members of Congress and the White House. To our disadvantage we do not have singular focus, many of our women’s organizations do not dedicate any work on this issue. While it might be perceived as too thorny to take on because of different strategies, it is really quite easy – fully support them both – all as do Carolyn Maloney and Tammy Baldwin, authors of each.

As a known champion of the ERA I am asked constantly, what is happening? Who is working it? Why isn’t NOW making it front and center? I think that the real question is why isn’t the entire country, which supports it by a margin of over 70%, on fire about this country advancing its position of women In leadership (ranking 72nd globally) and constitutional inclusion. While we invade other countries and insist on women quotas in elected seats and inclusive constitutions, USA merely writes her intention in a platform, on bills in every congress since 1948 and knows that we will never force the issue, that would be too messy. Women haven’t stormed the White House Fence for the ERA since 1981. We have not increased the number of women in Congress since then either.

While I am not a fan of the phrase, War on Women, I would say their most effective weapon is they are certain nothing will actually guarantee women’s rights but full constitutional equality and that remains allusive, out of focus and sounds like some history lesson. While women and liberation activists are busy trying to make every dollar = two, there is little time for such trivialities as the ERA. I can say with total honesty, the LGBT movement never allowed such a notion to dissuade them.

The LGBT movement had two pinpoint demands; repeal Don’t Ask, Don’t Tell and Marriage Equality. The opponent showed the reach of his hand with the passage of Prop 8. That was the tipping point and, even though it was only about California, the entire Queer Nation rallied and in less than a year, held a national march on Coming Out Day. Maybe the fact that it was California, incorrectly deemed the most progressive state, combined with removing a right already exercised by 1,800 couples, set all engines on warp speed. I ask, what could be more inciting than the litany of egregious attacks on US women, from family planning to wages to seniors to education, etc. the worst of it is we are being attacked by a Gatling gun, dispersing any vision we should be holding precisely.

To try to do my part, I am posting entries from my 1982 diary every day for 37 days at http://onlinewithzoe.com/ I do feel I am on a mission to make sure this time is not forgotten. Though we did not win the ERA at the time, some extraordinary women and men contributed to the unfolding of Gender Equality. It was a proud time when we truly practiced ALL HANDS ON DECK. There were fasters and civil disobedience and grassroots and legislative and bureaucrats and orgs and clergy and unity. It is a very inspiring time. Women and girls today deserve to know about it. The current day women’s movement needs to know about the radiant activism that has occurred along this long arduous path to equality. What you are doing now is in direct lineage, it is cumulative, Equality is on the way.

Activist, author and speaker, Zoe Nicholson was one of seven women who, in an act of conscience, fasted for 37 days in 1982 to support ratification of the Equal Rights Amendment (ERA). Her experiences formed the basis of her book, The Hungry Heart – A Woman’s Fast for Justice. As a contributor to Feminists who Changed America 1963 – 1975, she edited and/or wrote over 120 biographies of Second Wave veteran feminists.

Kamala Lopez’s Speech at the Woman of the Year Awards

There was an article posted in the Huffington Post yesterday urging the need for the ERA. Click below to read it.
The Equal Rights Amendment: Now is the Time by Paul Abrams